Women in War is an ongoing four-phase project that looks at women as the subject of focus in war photographs. Based on archival photographs of past and current wars and conflict as well as those documented and found online, this project takes on a self-reflexive approach by responding to these images through the different medium of text, the sentient, the narrative, and the visual. Positioning these photographs as ethnographic material, each phase aims to re-create an encounter whereby the woman in war is viewed through a different lens, facilitated through discourses of gender, visual culture, memory and trauma, and photography.

Phase 0: Annotate ​(2018)  is an act of collecting and archiving from google searches for images of war across different geographies and historical wars. Through annotating on aspects of body politics, features that imply narratives of aestheticising, visual violence, and the female, it became a meditative process of further engaging with images beyond its visual 'blind' consumption, thus allowing for further contextualisation of images: they can can escape being visualesque bytes of data that depict war. 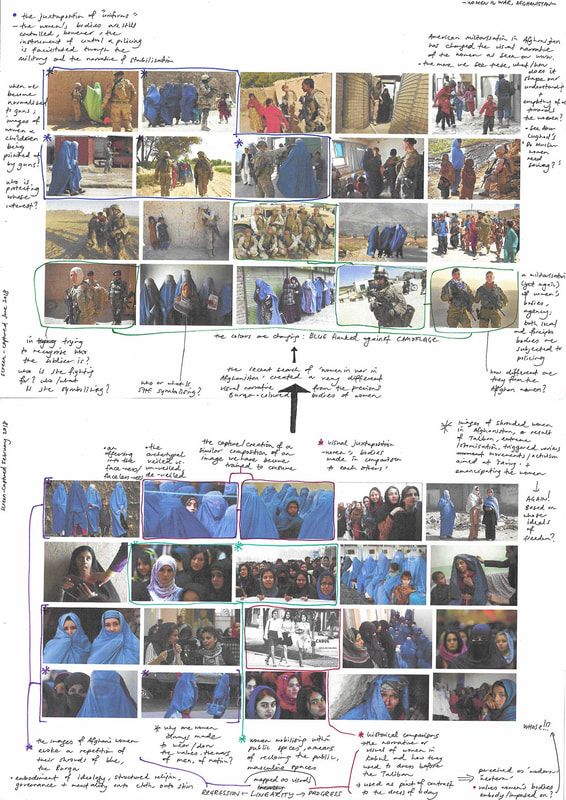 PHASE 1: TEXTUALIZE
​
Phase 1: Textualize (2016)
This phase will introduce a textual-approach to viewing these images, encouraging a de-visualised method of 'looking' at war photographs. 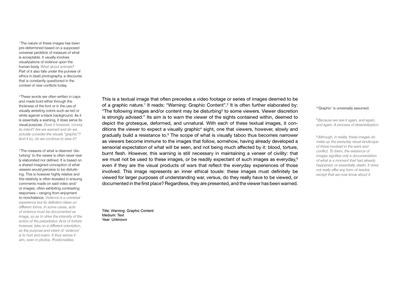 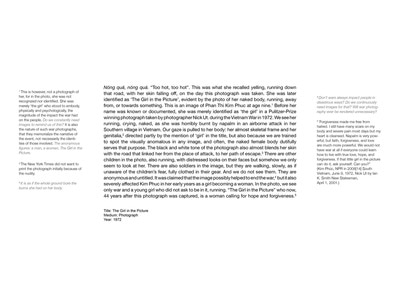 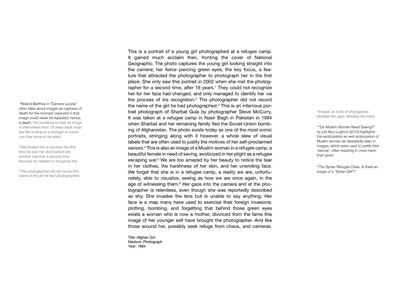 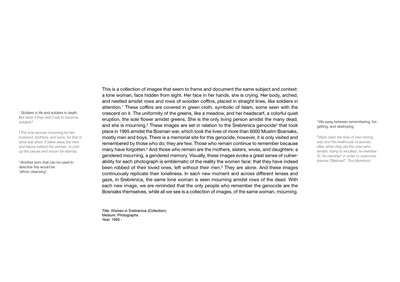 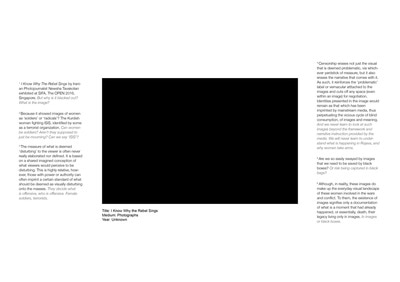 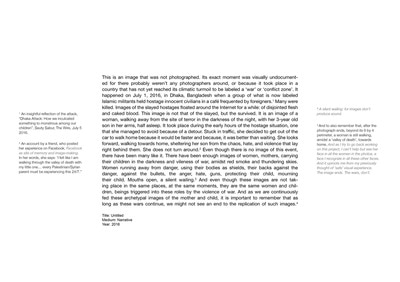 Phase 3: Performative is a meditation on the bodily gestures registered by and onto women in images of war: through the processes of movement and translation. By mapping, tracing, and narrating bodily representations of the women in photographs through performance, this phase aims to identify and recount the various archetypes of bodily aesthetics of suffering, through the act of performing it beyond the photograph. 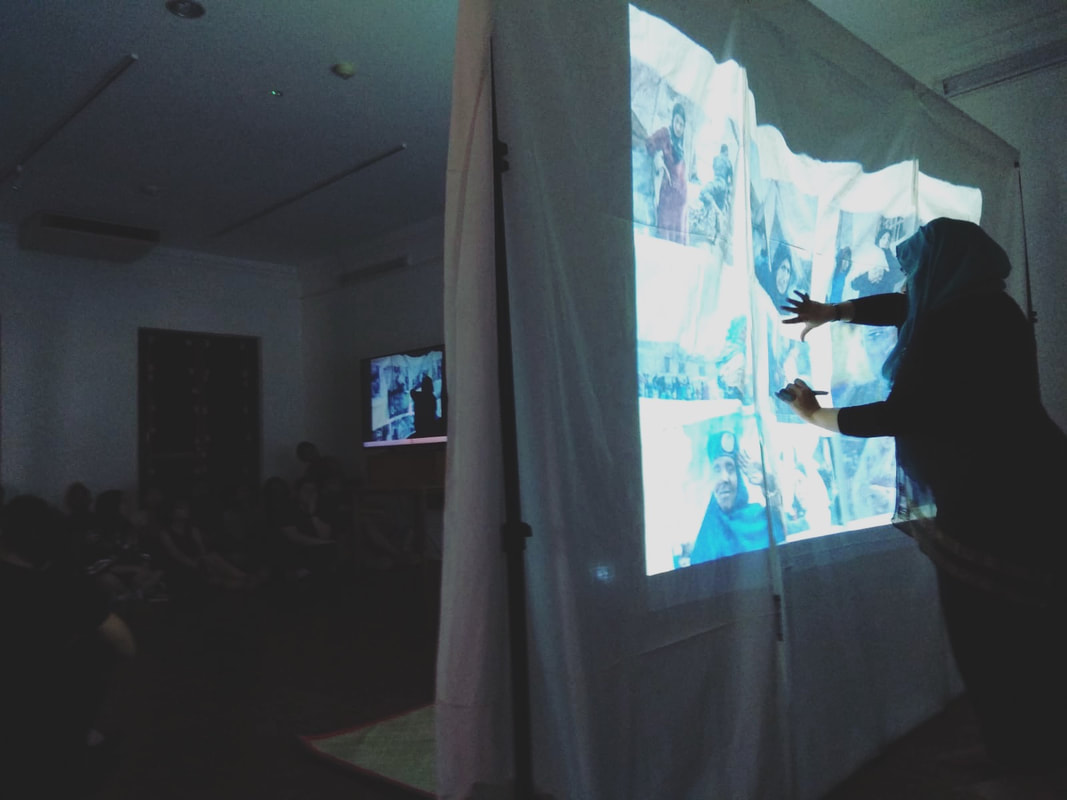 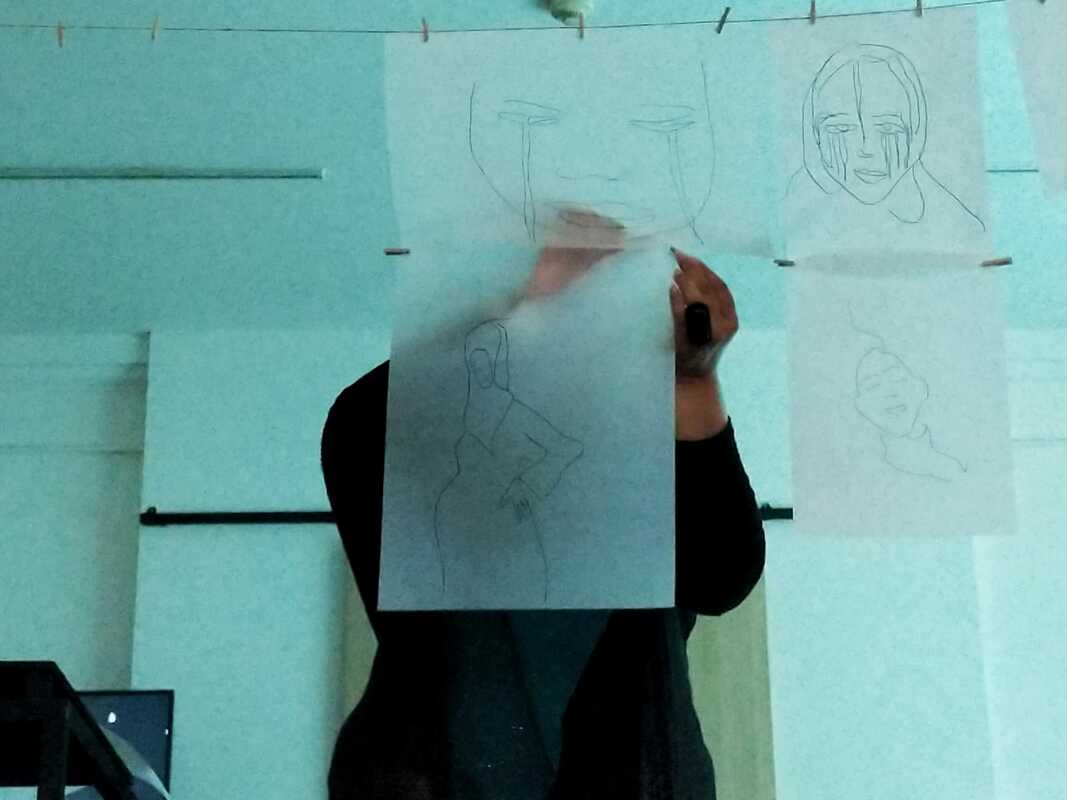 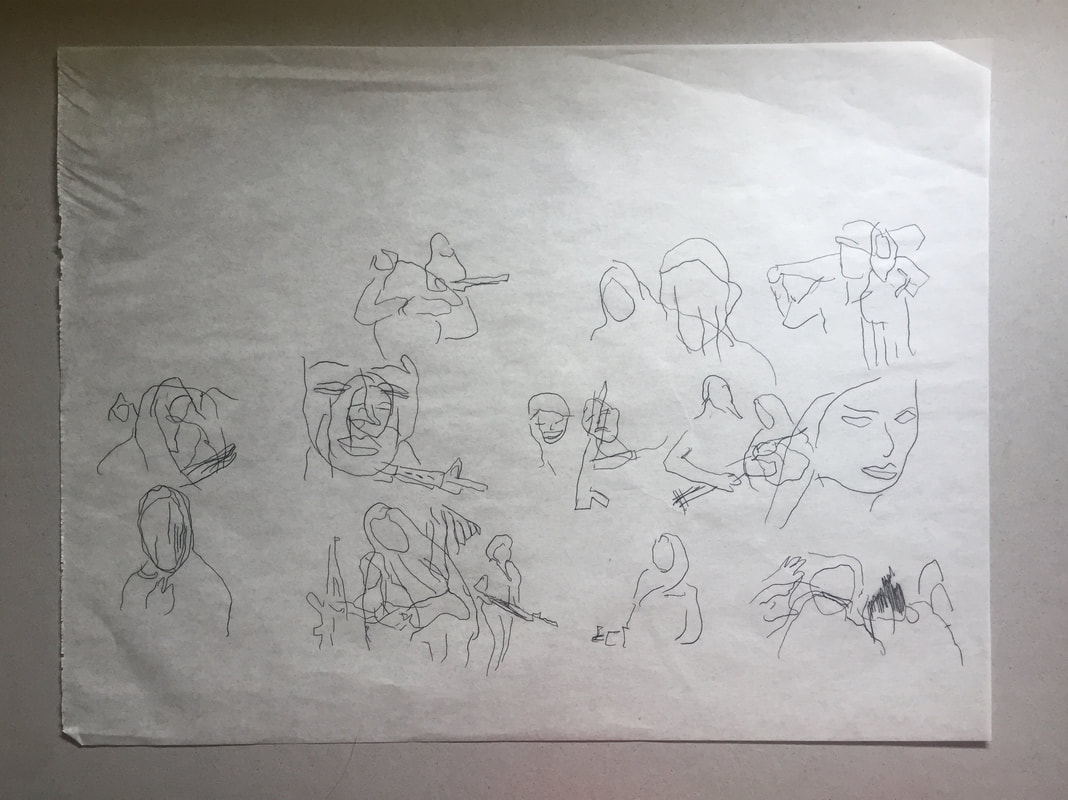